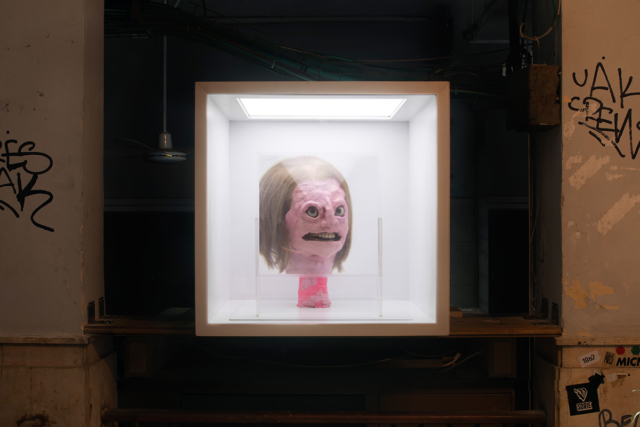 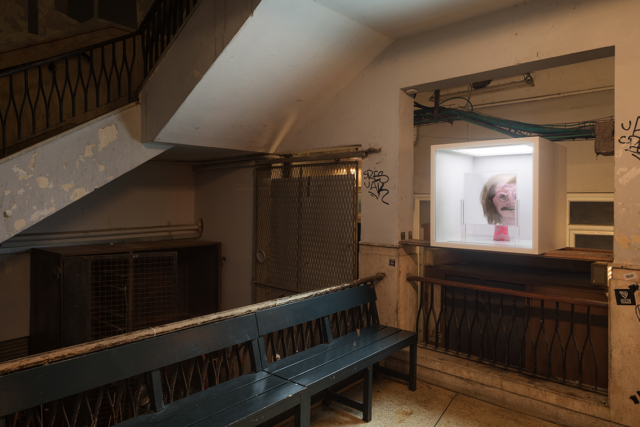 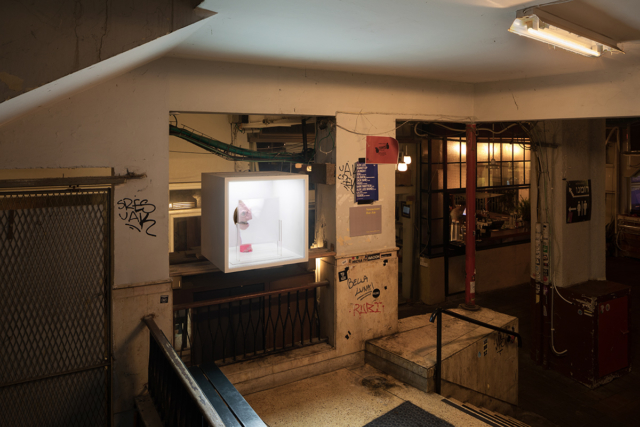 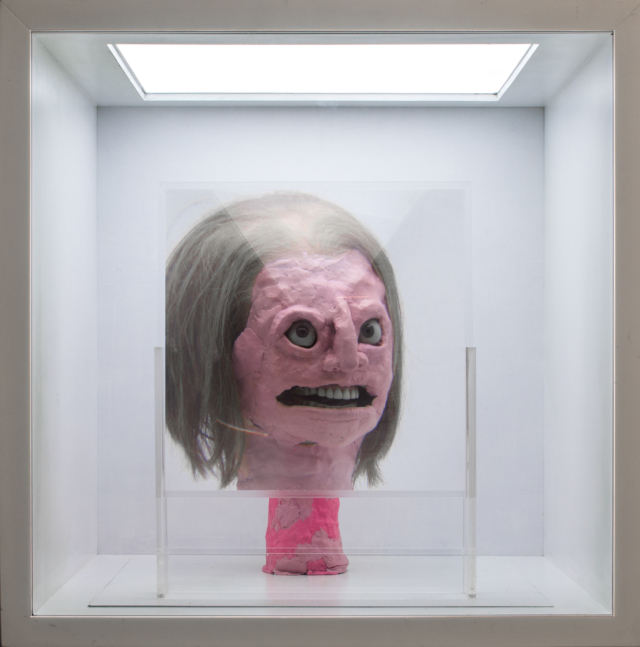 An enlarged pink head is exhibited in a box at Beit Romano. The head is made of plasticine, human hair meant for hairstylists to practice on, artificial teeth, mid-century glass blown prosthetic eyes, and a fresnel lens. It stares.

S.F.Kislev (1982) lives in Jaffa. His work in various mediums has been exhibited widely in Israel and modestly abroad. He was granted several awards. He often works with different kinds of moisture, both physical and conceptual. Apart from, and in affinity with, his artistic career, he is a scholar in the history of philosophy. He teaches art and philosophy in various academies across Israel.