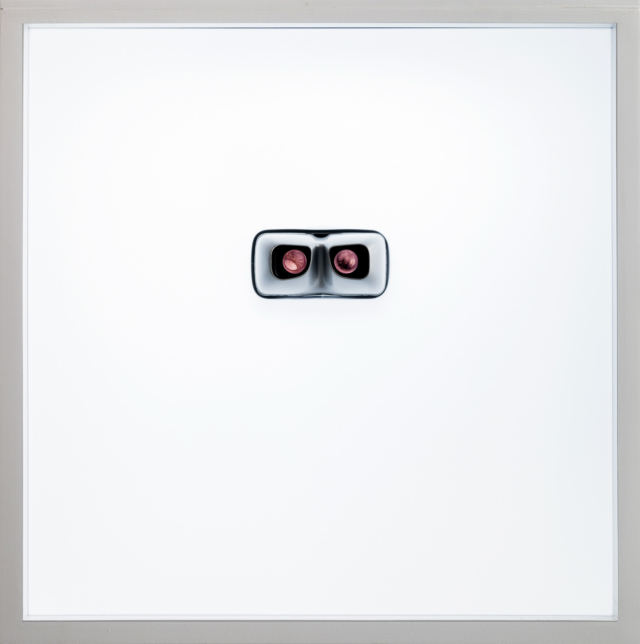 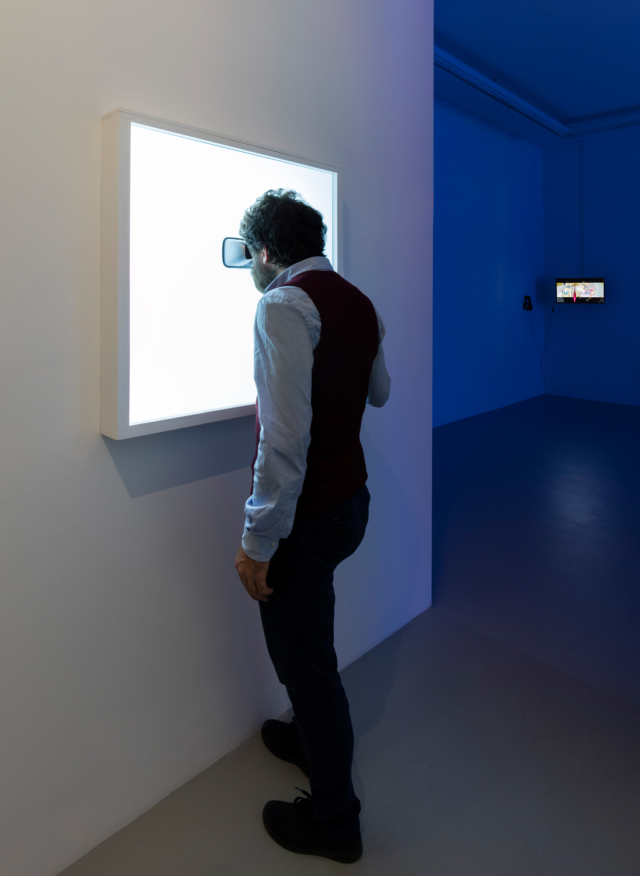 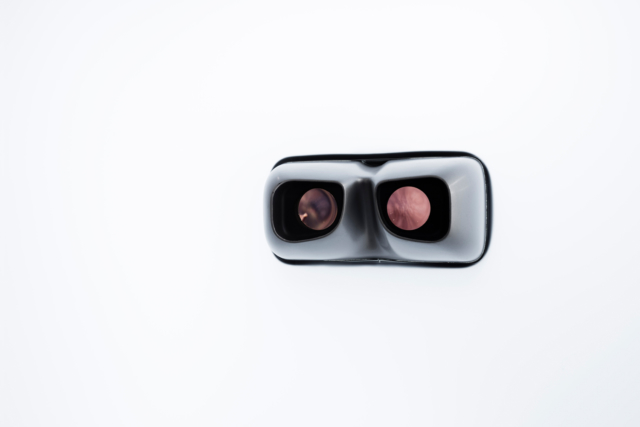 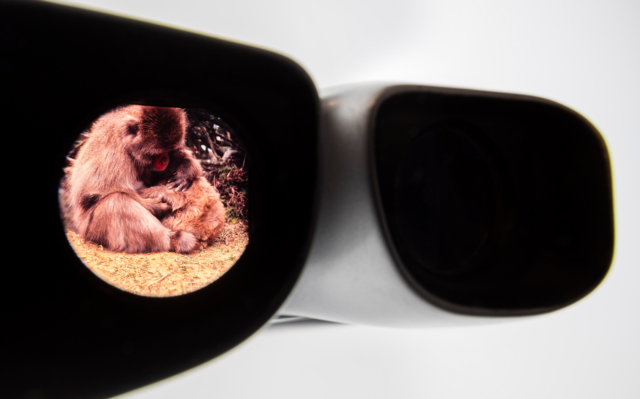 For the 19th Würfel commission S. F. Kislev has converted the cube into a futuristic ViewMaster. After working for about a decade with stereoscopy Kislev became particularly interested in the quality of a medium format stereoscopic camera, first manufactured in China around 2007, which achieves an uncanny effect of hyper-reality, a heightened vision. A photograph, taken by Kislev, of a pink-faced Japanese macaque monkey nursing her child is the image seen through the lenses, the nature is soft and tender. Altogether the work presents a futurist vision of peace, albeit as a strange collaboration between impossible technology and monkeys.

–
S.F.Kislev (1982) lives in Jaffa. His work in various mediums has been exhibited widely in Israel and modestly abroad. He was granted several awards. He often works with different kinds of moisture, both physical and conceptual. Apart from, and in affinity with, his artistic career, he is a scholar in the history of philosophy. He teaches art and philosophy in various academies across Israel.