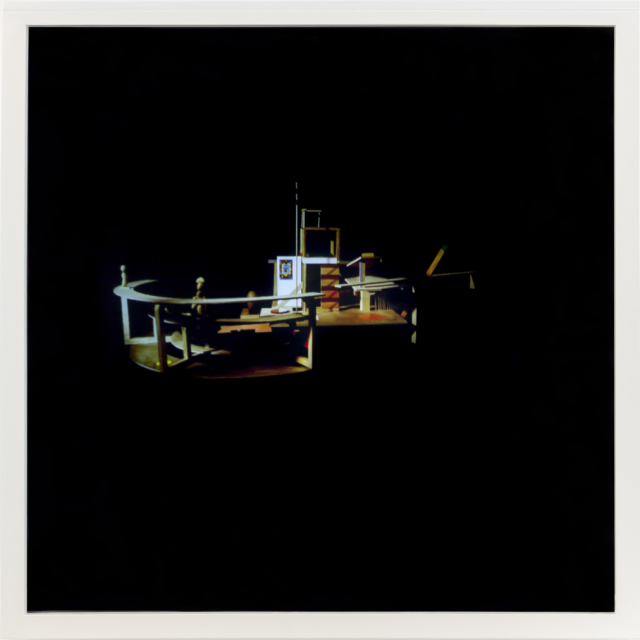 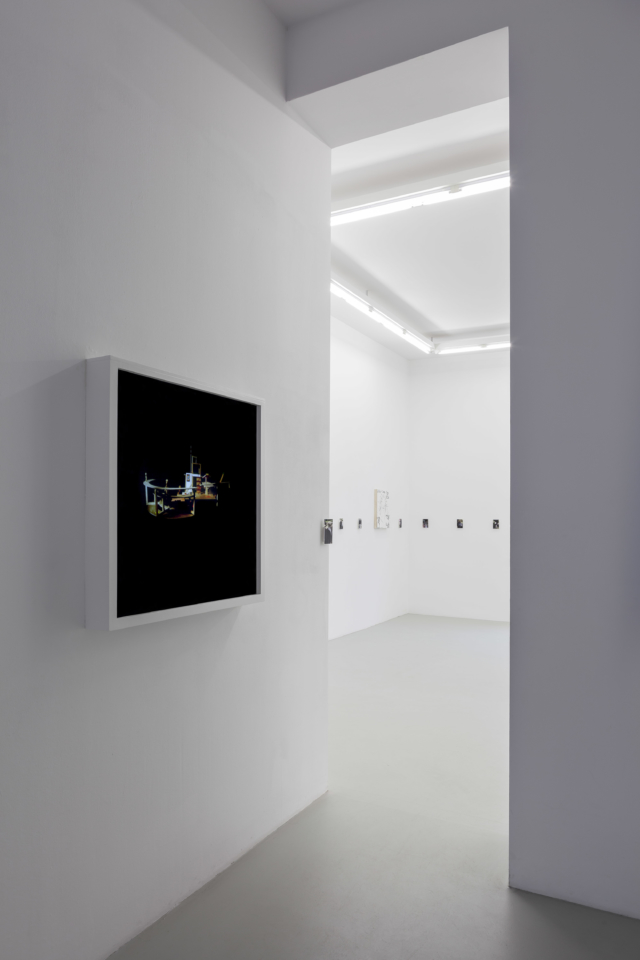 Peanut Gallery is a stop-motion work by Ohad Meromi. Recorded as a performance on a sculptural architectural model, of a micro stage and theatre, for peanut performers and audience, the modernist structure, with references to Constructivist set design, was originally created for the context of a similar human scale installation commissioned by Art in General in 2010.

Israeli Kibbutzim and the plays of Bertolt Brecht were influences on the greater installation titled ‘Rehearsal Sculpture’ that tended towards a socialist utopian vision with an “elaborate series of participatory events”. The Peanut Gallery was projected when the stage was inactive, in Meromi’s words “the stage as a site of transformative political agency” played with the almost holographic space of projection as potential, and invitation for action and hope.