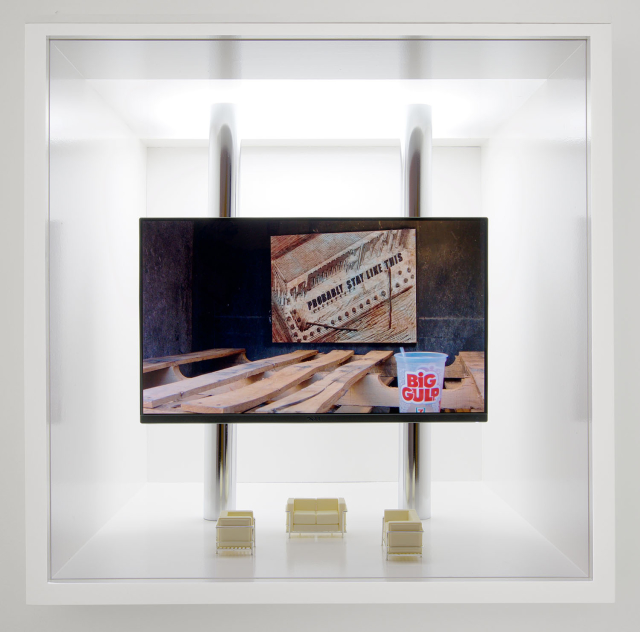 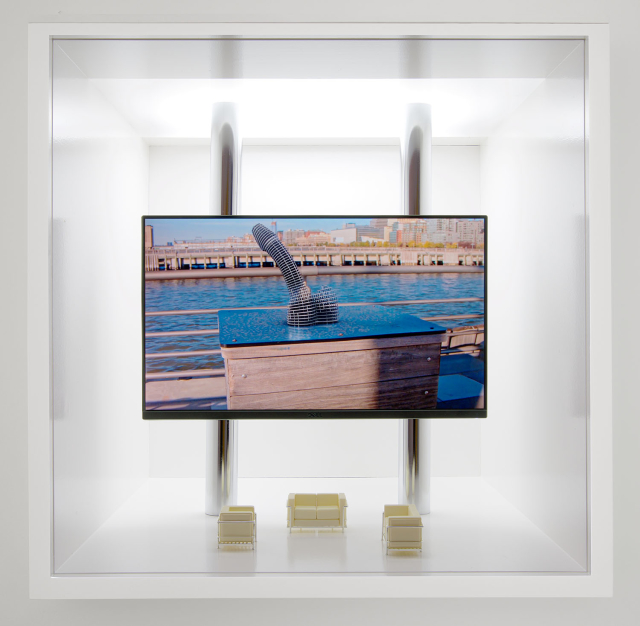 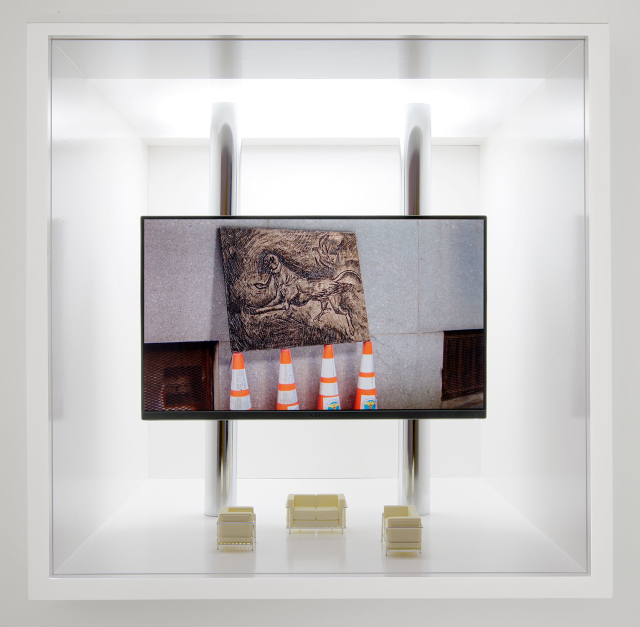 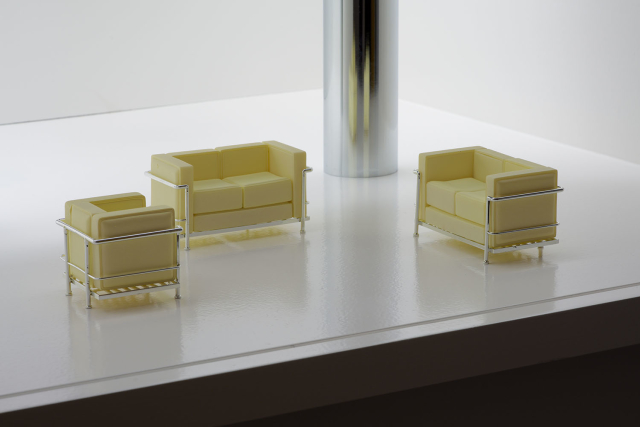 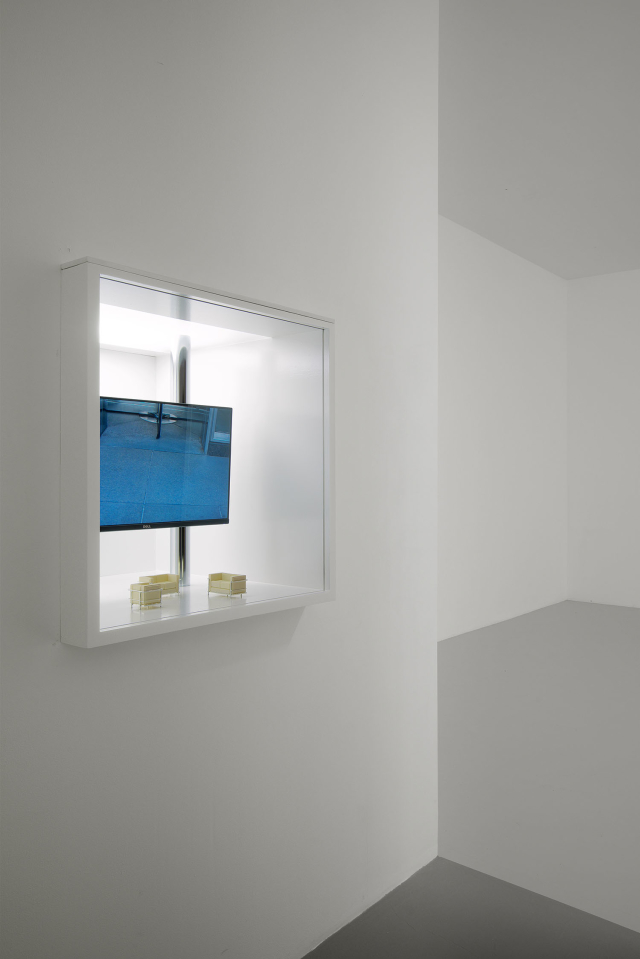 If the buildings adjoining parliament lacked lobbies, would lobbyists lobby less? Certain buildings harbouring concentrations of power are fronted by porticos, loggias, and neoclassical facades that are often meant to symbolise communal inclusion and justice, but what if they were somehow flaccid and could be stretched and squashed? Would it allow external influence on politics to wax and wane in synchronisation?

Looking at the city from a distance, buildings in Manhattan’s skyline have the apparent scale of miniature tabletop models. Using a type of flat image projection, you might simply grab the models from the skyline, then pop them down onto the sidewalk. One such model skyscraper wags in a figure-eight pattern as if conspiring to distract it’s onlookers from something.

Right outside the lobbies, Pipikwnto, or “pigeon-hound”, walks lazily ahead, monotonously avoiding the pursuing Steadicam as it sniffs for clues in the crevices between sidewalks and skyscrapers. Around the empty plots between buildings, construction site fences feature selectively cut viewing holes revealing something and concealing something else. On the sidewalk, wood planks are taped down over cracks between concrete slabs, covering up the trickling excess from an underground coffee leak. Inside the lobby, the light pours indirectly from the coves hidden between walls and ceilings, but where does the light come from? Outside the lobbies, the sun produces an inadvertent two-point lighting setup when direct sunlight meets the light reflected from mirrored glass facades.

Lobbyless plays on a giant screen suspended from chrome-plated columns in Der Würfel: a white cube lounge in which it is overlooked by the sumptuous ‘cushion baskets’ LC2 and LC3.