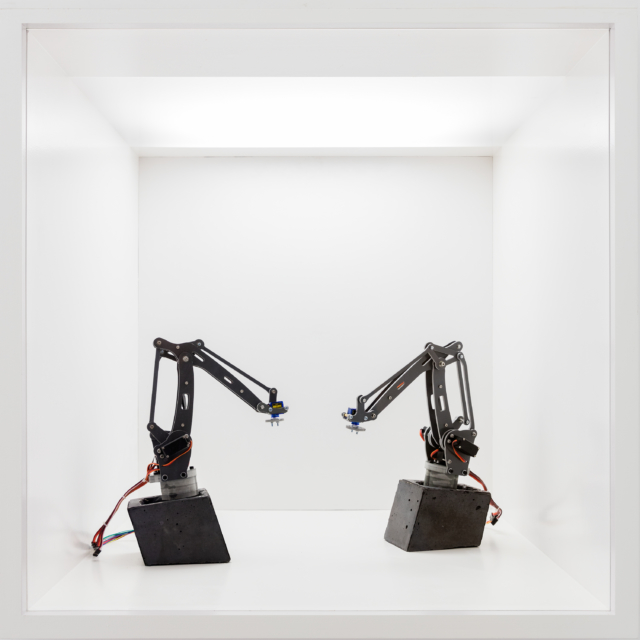 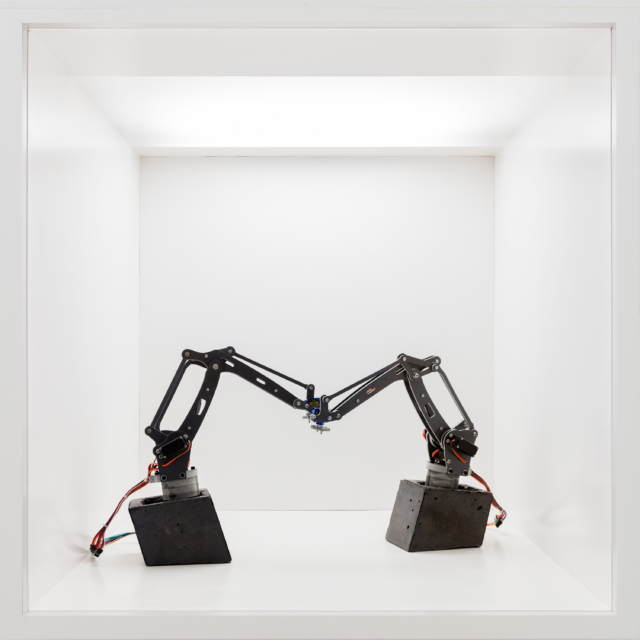 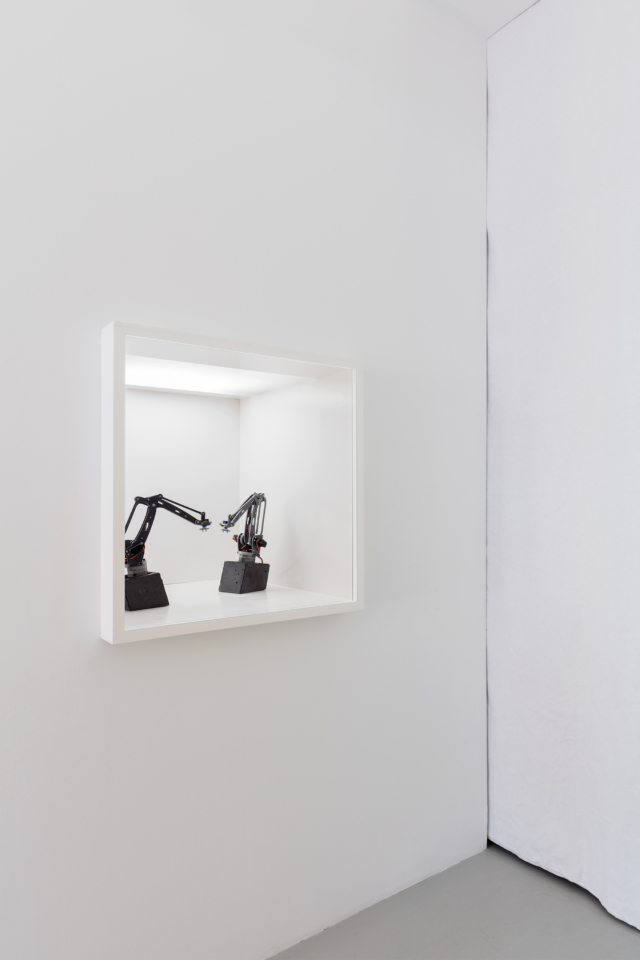 Mutual Display is a new sculptural work by Jonas Lund (1984, Sweden) consisting of two robotic arms with concrete bases, positioned to face each other, as mirror images.

The arms are programmed to move in a carefully composed choreography, sometimes mimicking each other, sometimes moving as if trying to impress the other through ritualised motions or dances like a courtship display.

Together the robots perform a dialogue like a discussion, their mechanical gestures illustrate an exchange, although ultimately their opposing nature rather than oneness. By setting one robot against the other, Lund is interested in binary oppositions in relation to a predestined future of automation.

Is there a choice whether or not to replace human labor by an algorithmic or automated production? The machine‘s dance is constructed in a language only few speak, while technological advance seems to drive towards a complete understanding, artificial super intelligence looms as a supersession to language as we know it, rather than a solution to The Confusion of Tongues.